Osteochondrosis of the cervical spine: causes, symptoms and treatment

According to statistics, more than 80% of the world’s population suffers from diseases such as osteochondrosis, which affects different parts of the spine. Each type of pathology has its own symptoms and factors that cause the occurrence of such events. And pathology of the cervical spine is no exception. Factors leading to the fact that you suffer from osteochondrosis of the cervical spine, symptoms and treatment of this disease - this problem should be solved by a qualified specialist. At the first sign of discomfort, callneurologist. . . Timely selected treatment methods will avoid serious and unpleasant consequences.

What is osteochondrosis of the cervical spine?

The first thing to mention is the age of the patient diagnosed with the disease. Until recently, pathology was detected in the elderly, but now the younger generation faces problems and come to the doctor. The disease is a pathological change in the intervertebral disc and spinal dystrophy in general, especially without treatment. The cervical region is the most mobile and consists of 7 vertebrae, each consisting of a fibrosus annulus and a pulposus nucleus. Vertebrae affected by osteochondrosis lose normal movement and flexibility. There is a redistribution of load, as a result of which the fibrous ring can move and crack. Without treatment, osteochondrosis of the neck will lead to the formation of intervertebral hernias and other consequences.

Like other diseases, cervical osteochondrosis has a developmental stage that the doctor takes into account when making a treatment plan and that the patient must know in order to seek help in a timely manner. There are 4 levels:

The symptoms of cervical spine osteochondrosis in men and women may differ due to physiology, which must be taken into account by the doctor when making a treatment plan.

Cervical osteochondrosis occurs in a variety of conditions, but is very specific. During treatment, the doctor must know the pathological cause in order to be able to fight not only with the symptoms, but also with the factors that provoke the disease.

Being overweight puts pressure on the body. The bigger, the stronger the load. Often, being overweight provokes the development of osteochondrosis, as there is a strong injury to the spine due to overload, especially in diseased areas. Once the disease is detected, one of the first steps in overweight patients is to get rid of it. Along with complex treatments, of course.

Inactive work, inactive lifestyle, lack of moderate physical activity are the factors that cause poor body posture, improper load distribution on the cervix and other parts. Often, office workers and those who like to sit on the couch at home take the wrong position, thus exacerbating the problem.

Injuries can happen for any reason, most often accidents and car accidents. The neck is also one of the most vulnerable areas for divers and professional swimmers. With neck injuries, many parts and areas of the spine are damaged: muscles, ligaments, sympathetic trunk, intervertebral discs and joints, as well as spinal roots. Any trauma suffered can give rise to the appearance of osteochondrosis in the already "sore" part of the cervical spine, and result in the appearance of osteochondrosis as a result.

Unstable mental states, constant stress and anxiety are the cause of many health problems, including being a factor that provokes cervical osteochondrosis. Many patients who complain of pain syndrome also report signs of depression, persistent fatigue and emotional exhaustion. The mental disorder itself can arise due to the presence of osteochondrosis and exacerbate the disease. Cervical osteochondrosis is a disease that physically affects the condition of the vertebrae, discs, ligaments and surrounding soft tissues. Due to vertebral shifting and narrowing of the ducts, less oxygen enters the brain and blood flow is disrupted, which leads not only to the appearance of physical illness, but also mental disorders.

Every day, the same muscles are involved in our movements, and the same muscles move gradually lose elasticity and movement, which, when exposed to external factors, can lead to injuries, including the neck. Moderate physical activity is very important for everyone to strengthen the muscular corset and reduce the risk of injury. Other causes of cervical osteochondrosis include metabolic disorders, excessive physical activity, heredity and pathology and diseases of the body.

Symptoms of the disease

If symptoms appear, you should see a doctor and start treatment.

Why is osteochondrosis dangerous?

If the disease is not treated, then the whole body is at risk of serious complications. The small cervical area contains a large number of nerves and arteries that connect and supply the brain and the organs and systems under the neck. If the function of the cervical vertebrae is disturbed, then the nutrition of the whole organism will also be disturbed. Cervical osteochondrosis can lead to motor activity disorders, stroke, cardiac ischemia and other diseases of the cardiovascular system, as well as protrusion and problems with vision and hearing.

To begin treatment, the doctor needs to take a history, find out the cause and time of onset of discomfort in the neck and perform the necessary examinations to get a complete clinical picture of your health. How and how to treat cervical osteochondrosis and whether it can be cured, only a doctor will tell, so do not delay a visit and register to consult a therapist or neurologist.

One of the first steps is the selection, prescription and administration of medications: painkillers and anti-inflammatory drugs, to relieve existing pain and inflammatory syndromes and infections. The type and number of drugs are selected individually.

Therapeutic training is prescribed to the patient after the exacerbation stage has passed. These measures are aimed at restoring the normal function of the cervical spine and preventing deterioration of the condition.

Home treatment methods may include self -massage therapy and exercise, which must be selected and prescribed by a specialist. The procedure can be performed only after this technique is demonstrated by the attending physician.

Neck massage is performed without strong pressure and rotation, the movement should be smooth and performed along the flow of lymph. Experts use a variety of techniques including stroking, squeezing, rubbing, and kneading. Professional massage can only be done by a specialist. Surgery is chosen only when conservative methods do not work. Treatment of cervical osteochondrosis is usually done at home and gives the required results and eliminates the symptoms only if the recommendations and courses prescribed by the doctor are followed.

Doctors recommend choosing furniture (chairs, armchairs, etc. ), as well as beds with good spinal support. It is recommended to sleep on orthopedic mattresses and low pillows. Saunas, steam baths and hot showers will help relieve muscle cramps (if there are no contraindications). As a physical activity, swimming, yoga, walking are recommended, but it is necessary to exclude strong loads on the spine (running, jumping, lifting weights, etc. ). If you have an inactive job, then take a break more often and do a little gymnastics. 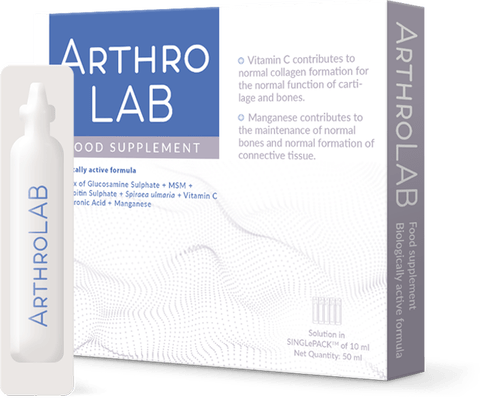